The prospects for exotic new space propulsion systems are getting better and better these days. Space.com reports that antimatter fusion drives could be ready within 50-60 years:

A fusion-powered spacecraft could reach Jupiter within four months, potentially opening up parts of the outer solar system to manned exploration, according to a 2010 NASA report.

A number of hurdles would have to be overcome â€• particularly in the production and storage of antimatter â€• to make the technology feasible, but some experts imagine it could be ready to go in a half-century or so.

But this next one has me more excited than a Ferengi with unexpected profits — warp drives may be more plausible than once thought:

A concept for a real-life warp drive was suggested in 1994 by Mexican physicist Miguel Alcubierre, however subsequent calculations found that such a device would require prohibitive amounts of energy.

An Alcubierre warp drive would involve a football-shape spacecraft attached to a large ring encircling it. This ring, potentially made of exotic matter, would cause space-time to warp around the starship, creating a region of contracted space in front of it and expanded space behind. The only problem is, studies estimated the warp drive would require a minimum amount of energy about equal to the mass-energy of the planet Jupiter.

But recently [Harold] White [of NASA’s Johnson Space Center] calculated what would happen if the shape of the ring encircling the spacecraft was adjusted into more of a rounded donut, as opposed to a flat ring. He found in that case, the warp drive could be powered by a mass about the size of a spacecraft like the Voyager 1 probe NASA launched in 1977.

Cynic-in-me: “Quiet, kid. You were promised flying cars by now, and look how that turned out.”

I hope cyborg technology is perfected long before 2117 so I can see the next one.

Lately I’ve been a follower of the notion that if I’m writing for my blog, I’m not writing my novels. As a full-time employee and a full-time father, there are only so many writing hours in the day, and the novels will always go to the head of the “writing time” line.

So to avoid this being a simple “sorry I’ve been gone” post, here’s some food for thought — researchers have confirmed that eating chocolate makes you thin.

Treasure hunters recently took a sonar image of a strange object on the bottom of the Baltic Sea. It’s 197 feet in diameter and looks like the Millennium Falcon. 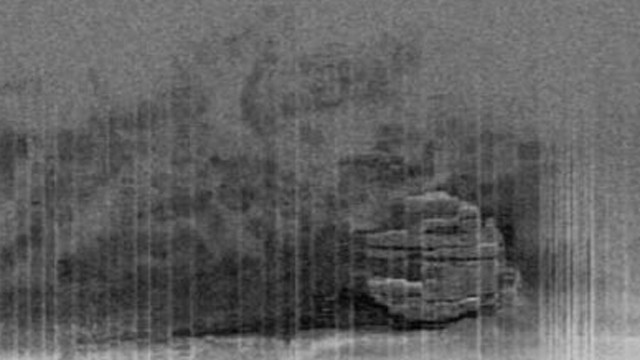 The pitch-drop experiment at the University of Queensland in Australia has been running for 85 years. There’s even a live webcam where you can watch the pitch drop at a blazing one drop every 10.6 years.

Check out this video of Comet Lovejoy flying through the Sun’s corona — and surviving! Watch for the white streak in the middle, it’s quick. NASA scientists thought it would disintegrate, but turns out that 660-foot-wide chunk of ice was tougher than they thought.

Scientists at the Large Hadron Collider (LHC) aren’t quite claiming they’ve found the elusive Higgs boson “God particle,” but they say the latest proton collisions show “tantalizing hints” at its existence. Finding Higgs means finding the particle that gives everything in the universe its mass, according to the Standard Model of particle physics.

Check out Leon Lederman’s popular science book, The God Particle: If the Universe is the Answer, What is the Question?, for a primer on the Higgs boson. His book’s title is actually where the term “God particle” comes from, a term that most scientists apparently hate.

One of the latest photos from the Cassini probe orbiting Saturn, with the moons Dione in the foreground and Titan in the background. The image may look grayed out, but it was taken in visible light — that’s what the view of the moons really look like from Cassini’s location. Beautiful.

Via Grasping for the Wind.